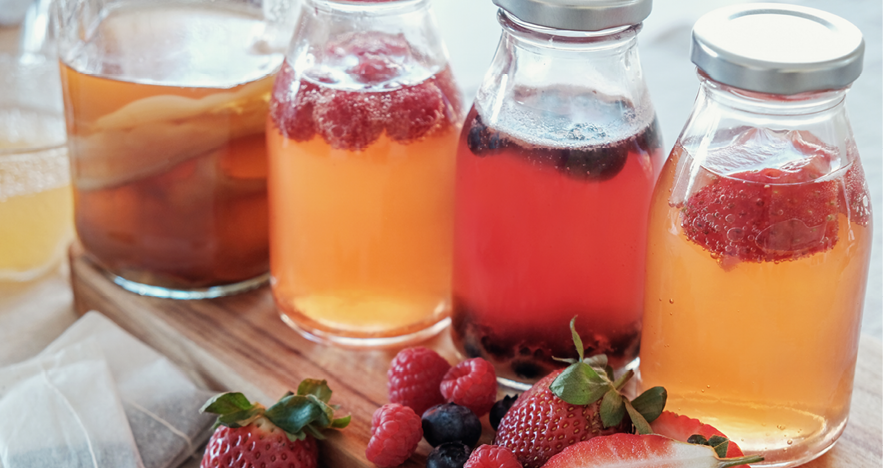 With the increase in food social media, trendy culinary delights have become a major part of people’s everyday lives. Whether or not we actually sample a rainbow bagel with confetti cream cheese, devour an overloaded avocado toast topped with the obligatory runny egg or sip down some funky flavored lattes decorated with pristine foam art, the images and videos of these foods can lead you down a foodie rabbit hole. We cannot help but be swept up in the fun as we salivate for a taste. Along with the Insta-famous foods often covered in cheese, frosting or chocolate, healthier trends have also defined the food crazes of 2019. Here are the popular health food trends of 2019 that are projected to continue to grow in 2020.

Creamy, Frothy, and Sustainable: Oat Milk’s Rise in a Dairy-Free World
With increased awareness of the benefits (health-wise and ecologically) of plant-based diets, the rise of meat and dairy alternatives has skyrocketed. Soymilk and almond milk are no longer the only non-diary options in the milk section of the grocery store. In fact, nowadays, it seems as if the non-dairy section takes up more space than its lactose-filled counterpart. Among the countless nut-milks, rice milk, coconut milk, and more, oat milk has climbed up to the top of the proverbial lactose-free ladder. Though nutritionists note that soymilk remains the closest alternative to dairy milk nutritionally, the creamy richness, foamability for lattes, and environmental benefits make oat milk an obvious choice for non-dairy milk enthusiasts. Additionally, with allergies or dietary restrictions preventing the consumption of gluten, soy and tree-nuts, oat milk is a fantastic alternative.

Can You Taste the Difference? Meatless Meats are Now Aimed at Meat-Eaters Too!
Plant-based dieters have often struggled to find meat alternatives that mimic the texture and flavor of the very food group they gave up for health or ethical beliefs – until now! What used to be limited to highly processed Morning Star veggie burgers, meatless meat options have expanded greatly by using jackfruit to imitate the texture of pulled meat and the creation of the Impossible Burger. Meatless meat products are not new to the market; however, the fact that these new products are used to imitate the taste of meat is what makes them different. Instead of just marketing towards vegetarians, this is a healthy sustainable alternative for anyone to enjoy because the taste is meant to mimic meat as closely as possible.

Many consumers cannot taste the difference between the two, though some meat purists argue otherwise. Nevertheless, this is a trend we will continue to see in 2020. Beyond and Impossible meat products are available at restaurants across the country and have partnered with nationwide chains like Burger King, Subway, Dunkin Donuts, and more. These ground meat products are now available at grocery stores, so consumers can bring the products into their homes.

Fizzy, Funky, and Fermented: Kombucha is Here to Settle Stomachs and Spruce Up the Beverage Industry
Fermentation as a process for food preservation has been used since people started cooking. But with the introductions of canning, freezing and refrigeration, fermenting foods has fallen off the preservation bandwagon. That is, until millennials began to take an interest in foods with digestive health benefits. No longer a culinary relic, fermented beverages have joined the ranks among trends like coconut water, pressed juices, and apple cider vinegar shots. Kombucha, a fermented tea originating in China, has been popular in health-conscious circles for quite some time. Beginners can try entry-level kombucha that often have pureed fruit added, so the funk that comes from S.C.O.B.Y (Symbiotic Culture of Bacteria and Yeast), the fermenting agent, is mellowed out. Though kombucha naturally has 0.5% alcohol, brewers have concocted alcoholic kombucha to compete with the hard seltzer craze. As young drinkers become more health conscious, they seek healthier alternatives that are tastier than light beer but remain just as light in calories. Predictions show that in 2020 there will be an increase in lightly caloric alcoholic drinks entering the market.

A Cocktail Renaissance is Upon Us & There is No Booze Involved
To those who say, “I’m never drinking again,” think again. While some producers have decided to spike their drinks, the non-alcoholic beverage market is projected to reach $1252.52 billion by 2024. Whether you call it no-proof, a mocktail or 0% ABV, non-alcoholic drinks are on the rise. It might seem crazy to pay $8 for a drink without booze, but the market growth suggests otherwise. In fact, people are looking for something to drink when they are not, well, drinking. That does not necessarily mean that cocktails are taking a hit. Rather, those who would normally order a seltzer or something else to blend in with the boozy crowd can now parade around a bar or lounge in a booth with their own fancy filled mason jar topped with sprigs of mint. Even those who started the night off on the tipsy side can sit back and enjoy a quality inventive drink after they already feel the buzz. If you are on a health kick or just want a complex fancy schmancy drink, try foregoing the alcohol and explore the newly paved non-boozy path.